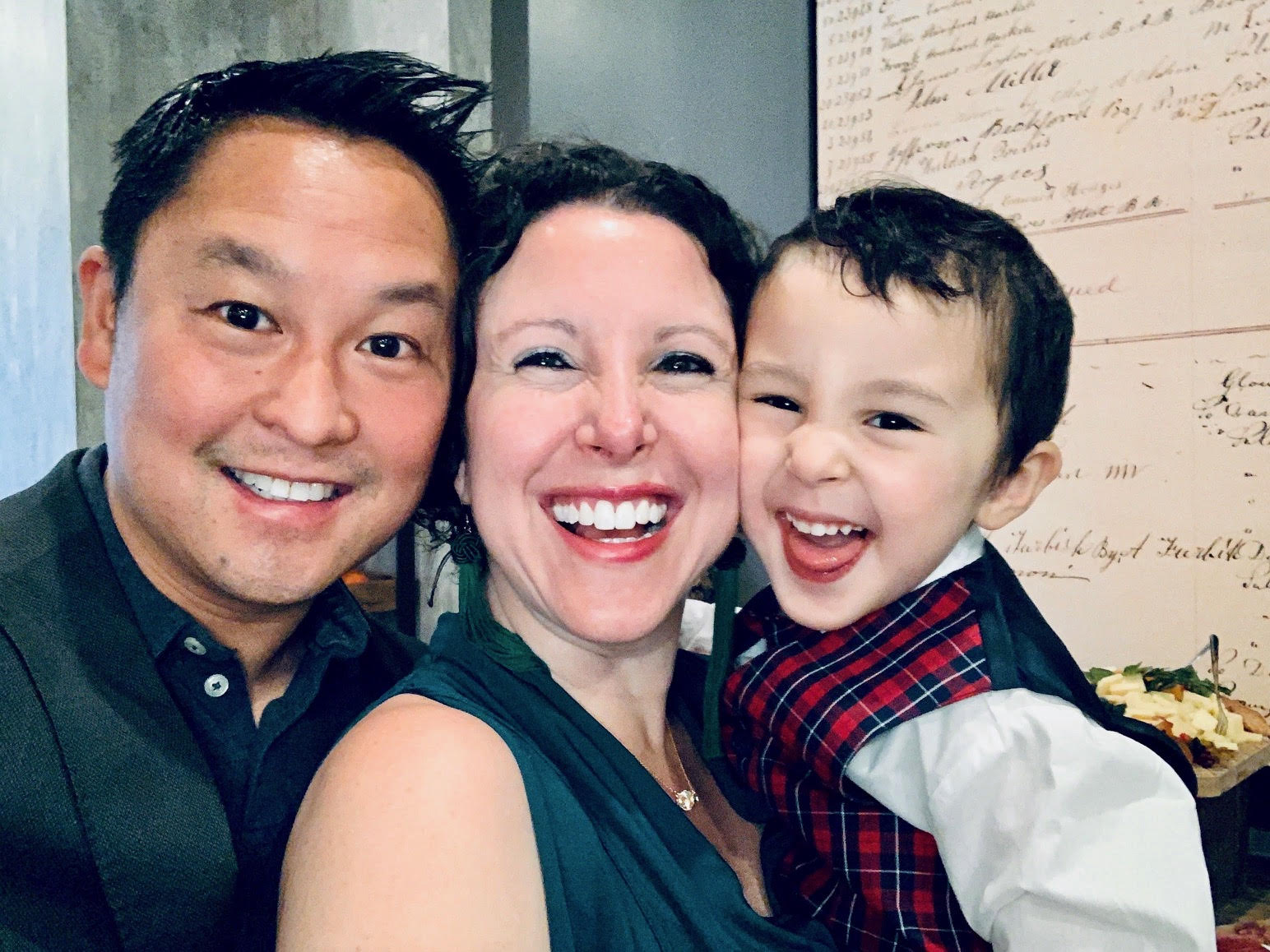 In honor of Women's History Month 2021, we are profiling women leaders in coworking. Rebecca Pan was an early leader at pioneering NextSpace and then as a co-founder at COVO.

What were you doing before you got involved in coworking?

I ran a graphic design firm called Tribecca Designs. When the 2008 downturn arrived it didn’t affect me right away, but by 2009 I had to downsize my office and move home. A friend, Jamie Capozzi, pitched me on the idea of a shared space so we could all get out of our living rooms, share resources, and collaborate. I was hooked from that first moment.

What was it about coworking that excited you?

I loved the flexibility, the affordability, and the community. It also gave me a chance to flex my interior design muscle, be an amateur anthropologist, and cruise director.

How did you get involved with NextSpace?

A friend of both Jamie and myself, Gabriel Gasca, introduced us to Jeremy Neuner. We road tripped down to Santa Cruz, saw NextSpace, fell in love, pitched Jeremy on opening a SF space, and the rest was history.

NextSpace grew quickly. What was it like in those early days?

It was exciting! We felt like we were making a real difference in hundreds and then thousands of lives, directly helping humans be more productive and happy.

NextSpace had a lot of outward, extroverted energy. For example, the whole team would show up at meetups like GCUC sporting orange wigs. Why was that?

We looked for (like Barbara Streisand says) people who love people. Who can’t live without them, who require human energy to breathe. That often translates into extroversion. The wigs began when one of my members gave me an orange wig after halloween, and it became a symbol for the sort of people-forward, community-focused spaces we believe in

NextSpace also seemed to have a badass female vibe. Was that simply because all the first hires were women? Or was there something about the specific people involved?

I think Jeremy did a great job of hiring badass women, and that helped seed the femme and diversity-focused culture that we continued to espouse.

What was the larger mission or vision that you felt committed to?

Jeremy used to say that humans are social creatures, and Facebook friends don’t equal real friends. Those real connections are critical to happiness, and coworking answers the call for real connection and community. We are less religious than we used to be, and need new outlets to connect.

How hard was it hard to convince people to join as coworking members?

It was hard to get them into the space, because the term coworking wasn’t well known, and people didn’t know there was an option outside of working from home or a company office or Starbucks. But once they walked through the door, it was easy to close the deal. Experiencing the magic was intoxicating for folks.

As NextSpace grew, what changed?

We got more professional, which was good. We got more serious, to our own detriment I think, and we added red tape faster than we needed to.

As coworking grew and went mainstream, what changed?

Not much, to be honest. When competitors sprang up we would be nervous for a little while, and then it wouldn’t change things, and we would relax. Wework did require us to lower prices to a certain extent that was unfortunate, but no other players moved the needle at all. We were lucky.

There was an intense camaraderie amongst early coworking owners – why do you think that was the case?

I think it goes back to that extroversion. We are people people, and the OGs all felt we were doing something vital for society. There was purpose and passion and fun, interesting people trying to do something hard and important.

In some ways, OG coworking is no more. Do you mourn that experience?

I do! But I’m glad the concept has evolved and that we don’t have to explain what coworking is to everyone. There is room for more global impact now that the concept is widely understood.

How did your early coworking experiences set you up to pursue your own venture?

After I left NextSpace I planned on moving into social impact. Then my brother and my husband (my future cofounders) encouraged me to scratch that itch while simultaneously operating a new kind of coworking, which turned into Covo. Adding a DEI focus, strong events program, an on-site coffee shop and wine bar to the equation, we made coworking even more of a social and innovation hub.

We also hosted hundreds of non-profits and mission-driven companies, both as entrepreneur-in-residence and as a provider of event space for fundraisers, awareness events, etc.  This allowed us to gain exposure through doing good, which fed the bottom line. We were significant supporters of SOMA Pilipinas and Entrepinays, two Filipino orgs that have done a ton to help lift up Filipino entrepreneurs. We housed Full Circle Fund and hosted many of their events to amplify the great works of local non-profits. NextSpace prepared me for Covo, which was a really meaningful experience that leveraged my coworking expertise and passion for social impact for over 5 years.

Sadly, Covid single-handedly killed Covo, and not just because the name is nearly identical, forcing us to shut down in October of 2020.

I did have the opportunity to advise on the launch a pop-up coworking entity in Covo’s place, that is a collaboration with our gracious landlord. It’s called Trellis and that has been a good way of providing a home for essential entrepreneurs, jobs for a slimmed down staff, and pay basic expenses on the building until the pandemic lifts and Trellis can ramp up. Jason is in charge of Trellis, and I am on the hunt for my next role, a social impact position with a non-profit, probably as an ED, CSO, or Program Manager.