Apple's not juiced on a Hybrid Workplace, but here's why they should be 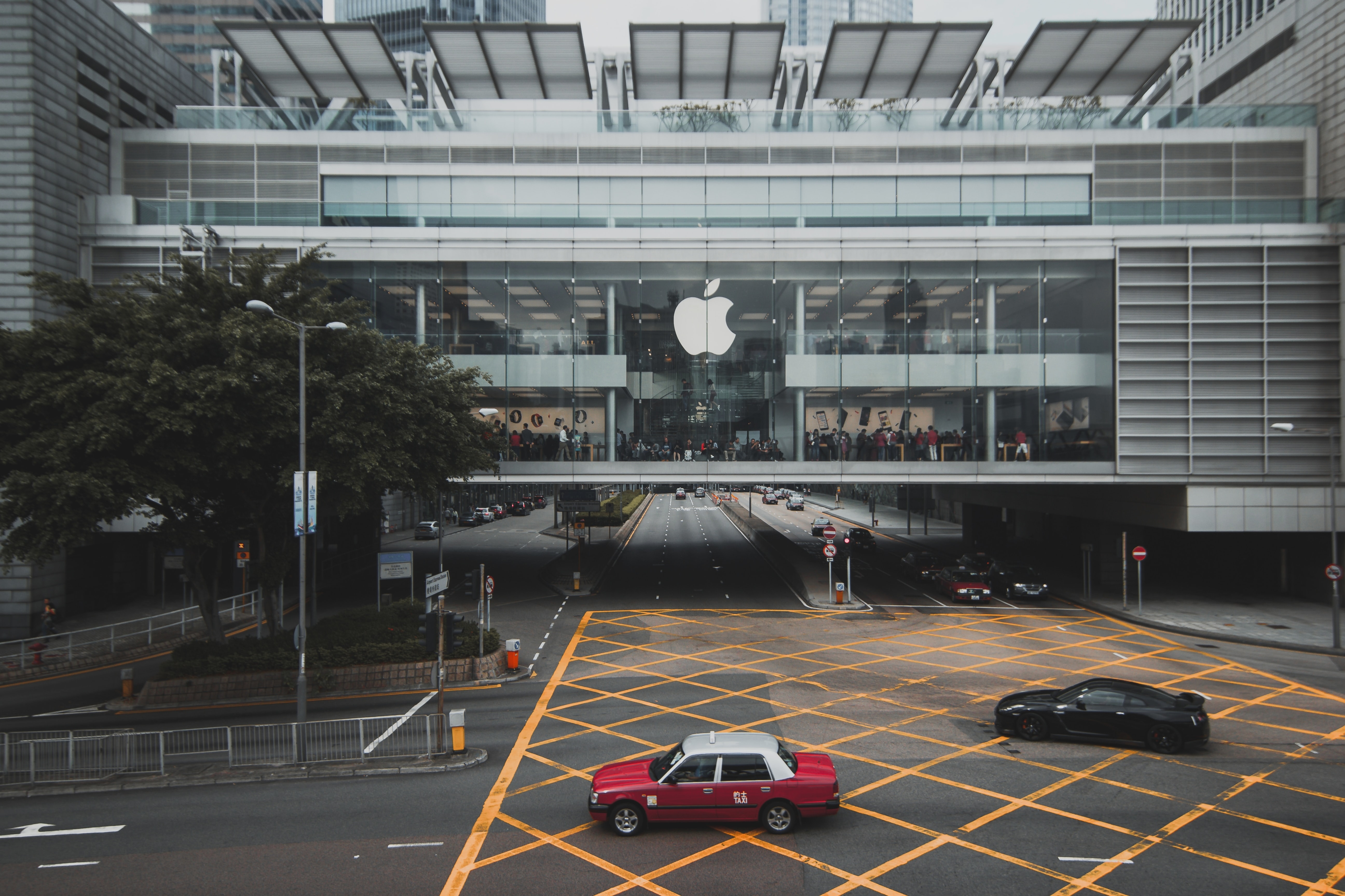 Apple’s recent release of an apparently less than enthusiastic hybrid workplace policy inspired an inversely enthusiastic response from the digital workforce that was swift and severe.

Apple has always been at the forefront of innovation, and indeed has often been the impetus for cultural paradigm shifts through technological invention. Ironically enough, our current demand for mobility is thanks in large part to Apple products that put computers in our hands, and gave us powerful, lightweight laptops and tablets that liberated us from our desks in the first place. But when it comes to liberating its workforce, in the eyes of many, Apple doesn’t seem to be as keen on embracing and helping to define the future of Work From Anywhere.

But whether Apple, or any employer, likes it or not, the ground has already shifted under their feet. It’s just a matter of whether they pick up the pace to follow suit, or trip over themselves when it comes to creating a happy and productive workforce.

The pandemic was a tectonic lurch jolting the workforce into a new mode of remote work. Bu it was really only a catalyst for a trend that had been in the works for some time as technology allowed for greater real-time communication and collaboration.

Whereas many employers had been apprehensive about allowing remote work pre-pandemic, Covid forced the issue. In an instant, it accelerated possibly a decade’s worth of slow normalization into an overnight imperative.

But what we learned during Covid is that remote work, works. With greater freedom came a greater sense of responsibility. And employees responded in kind with an increase in productivity motivated by appreciation and less time spent on the mundane tasks or prepping and commuting to work.

Instead of spending an hour or two in the morning getting ready for work at the office, and another hour (or 2-3) commuting to work (and back), employees often better utilized that time to sit down with their morning coffee and getting to work—or at least checking their inboxes and revving up for the day, often hours earlier than they would normally “report” on-site.

It was easy to appreciate and easy to get used to.

The people have spoken, and then some.

While Apple’s policy of requiring three days a week in-office and allowing for team-based permissions might seem benign, negative reaction by employees (both inside and outside the Apple workforce) is a testament to how quickly entrenched the idea of a Hybrid Workplace and Work From Anywhere has become.

On LinkedIn the response was fast and furious. While some gallantly defended the idea of in-office benefits, the majority of opinions eloquently and quite logically defended the newfound freedom of remote work options.

A sampling of choice observations leave no doubt as to the direction in which the rising tide is moving:

“The Apple employees who wrote a letter of complaint about the company's new oddly inflexible hybrid work policy have done many other companies a favor. Their super smart memo touches on all the top reasons workplace experts favor "work from anywhere" rules that allow teams and individuals to set up their own schedules, even if that means never going back to five days in the office—or gorgeous multibillion-dollar amenity-packed campus—again. CEOs should read it with a highlighter handy.”

“At the end of the day, companies--Apple or not--will have to justify why they want people in the office and for how long. The evidence of the last 15 months that distributed collaboration can work incredibly well is their greatest liability.”

One might say that a few squeaky wheels on LinkedIn do not a paradigm make. But employers would be wise to view them more as a vanguard for the workforce writ large, rather than an anomaly.

While employers might be apprehensive about loosening the reins to allow for a permanent hybrid office environment, you can't put the genie back in the bottle as they say. And having tasted freedom, these hardworking genies are loath to return from the open air.

If ceding a bit of control to the workforce feels counter to their nature, employers should begin to consider it an act of self-preservation. News outlets are rife with stories of workers who would rather quit and take their talents elsewhere than be forced back into a traditional mold.

A recent article by Forbes (not exactly a publication antagonistic to business interests) that reports on the Apple policy reaction captures the zeitgeist quite well:

“The entire concept of “work” has altered as a result of the pandemic. If senior leaders—be it at Apple or elsewhere—don’t wake up to this seismic shift, employees will walk out the door to an organization that gets it. Unfortunately, so many companies and senior leaders have their heads in the sand to the coming culture disengagement crisis due to their “return to the office” mandates.”

For the tech industry in particular—but any service industry with a broad digital infrastructure— it’s a seller’s market when it comes to whom employees choose to offer their skills and services. So, for companies looking to remain competitive in the attraction and retention of top talent (i.e. everyone), offering a hybrid workplace becomes a real-world imperative as the idea of Work From Anywhere becomes even more entrenched. Especially as expectations evolve among recent grads and the young workforce of the future.

But it’s not just personal opinions being amplified in the online echo chamber. Business Insider looked at one of a number of recent new surveys stating that “Nearly 40% of workers would consider quitting if their bosses made them return to the office full time.”

Those are very real and very serious numbers pointing quite explicitly toward the direction in which the workforce is moving— and for almost half of it, has already moved.

But rather than viewing the idea of Work From Anywhere and Hybrid Workplace as a contentious issue, employers should begin to view it as a new, quite positive, opportunity and capitalize on the gains it promises.

Another Forbes article on the matter cites a survey showing a 47% Increase in productivity:

“A California-based company has tracked a 47% increase in worker productivity. Based on non-invasive technology ... an eye-opening survey shows that smart companies are gaining ground by having workers work from home.”

Forbes is not alone in its reporting and findings. This convenient compendium of surveys and articles from respected sources and outlets confirms the trends in productivity, including:

“A study by Standford of 16,000 workers over 9 months found that working from home increase productivity by 13%.”

“The New York Times interviewed Nathan Schultz, a senior executive at Chegg, about productivity within the company now that the workforce is sheltered at home. His first impulse was to constantly check in on employees, but once he backed off, the productivity went up, and employees started completing projects ahead of schedule.”

The numbers are there, and really they just confirm the old adage that “productivity will expand or contract to fill the time allotted”. Free workers from seemingly arbitrary demands and constraints of traditional office settings—with the peripheral distractions as well as time-wasting commutes—and they’ll redirect that time into getting work done faster and more efficiently. Especially if it saves them personal time in the end.

Give the people what they want

The fact is, at the end of the day you know if an employee is being productive or not. Did they get their work done? Did they hit their deadlines? Did they do their job well?  If the answer is yes, who cares where it’s done? Even on-site in-office, would you care if they worked it at their desk, or in a meeting room, or even the lunch room? Working From Home and the Hybrid Workplace is just a logical, geographic extension of that idea.

To be sure, there are arguments to be made for in-person, in-office meetings, but those revolve mainly around real-time collaboration. If that can be accomplished via technology and empowered by a hybrid office model with more micro-office meeting sites to meet the needs of a dispersed workforce, who are we to argue with the people succeeding at the actual work? As long as they’re getting it done and doing it well, it’s a win-win proposition for employers, employees, and the future of work all around.

Meet the demands of the new workplace requirements.

Want to learn how you can make the hybrid workplace work for you? Capitalize on all the advantages with a trusted partner to guide you through the changing landscape. Meet new employee expectations and position your business for the future of work with the Liquidspace Enterprise solution.